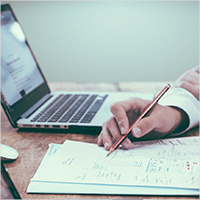 As I travel from state to state working with dealerships of all kinds, one of the most common questions asked of me is “You got any good service advisor pay plans?”

Ultimately it always seems to come down to a couple reasons. Either the dealer’s current plans don’t seem to be motivating their advisors to perform at a desired level, or the dealer has difficulty getting the pay plans to pay what they want them to pay.

Before I get into what makes a good pay plan, I believe it is important to address the idea that a pay plan can motivate our people. In our business, commissions and incentives are everywhere. It seems like any time we want something to happen, we put a “spiff” out there. I believe we have proven over and over again that a pay plan does not take the place of good management. If it did, we wouldn’t be having this conversation, would we? We put some money out there figuring our people will stretch themselves to “go for it”. But instead, we are disappointed to find out that the results just do not come. Rather than inspire our people to reach for that carrot and get that extra money (which we are apparently happy to pay them), our people seem to merely adjust their pay expectations to not include that extra money and go about their business. One of the best examples of this type of failure are CSI incentives. We put a large incentive out there for “Top Tier” CSI performance, but our CSI doesn’t improve.

So, what do we do? First of all, I believe we need to establish clear, achievable objectives for all of our people. Everyone needs to know what is expected of them–not only the service advisors and technicians, but everyone. There is a story of a restaurant owner who wanted everyone to “hustle” while they were working. His challenge was, how does he define what hustle means?  So, to demonstrate his point, he gathered everyone together and explained to them that hustle, according to his expectation, means they should be walking briskly enough to rustle a paper napkin sitting on a table that they walked past. He set up an exercise where he placed a napkin on a table, then walked past it multiple times until the paper napkin rustled when he walked past. At that point, he stopped and explained that to him, that is what hustle looks like. One by one he had each employee walk past the napkin until they got it to rustle. At the end of the exercise, he explained to everyone that he expected to see everyone hustle while working. Imagine if, instead of setting up that exercise, he had simply implemented a daily bonus (incentive) to be given to those employees that hustled? I suggest that the bonus would not have been more effective than taking the time to actually manage his employees and his expectations for them.

To begin with, we need to define what makes a pay plan “good”. I believe a pay plan should include the following:

Providing a good pay plan for our service advisors is important. It can be a large part of getting the performance we want out of that position. However, a pay plan by itself will never be as effective as a pay plan accompanied by a management plan.